We’ve been building websites for the past 18 months since I left Skyscanner. We started off using Squarespace 5 to build www.matiogi.com and found it’s ease of use and ability to edit styles fantastic.

When it came to building in additional features, it *was* possible using Squarespace 5 – on the Matiogi site, for example, we have some .Net web services behind the scenes powering the personality reporting system. I accomplished this through Ajax and a different subdomain for the .Net web services.

However, the plugin scene for Squarespace 5 is non-existent. When it came to building our first full affiliate shopping site, we decided to switch to using WordPress so we could make use of Datafeedr. (Datafeedr is the best plugin for WordPress affiliates by the way)

Since we’ve been using WordPress for the past 12 months, Squarespace has released a new version of their web-authoring system. For those not in the know, Squarespace has the following features:

Today, my fiancée started migrating our apartment rental site www.edinburghshorttermlets.com over to Squarespace 6. Here’s what she has had to say so far:

She is gushing like crazy so I felt moved to write our first blog post about the Squarespace product. It’s so easy to use, she claims even her mother could build a website. In fact, she says that web developers like me are now out of a job. Now that’s easy. (Background on her mother: Polish 56 years old, plays Farmville so not totally alien to computers)

On the other hand, she says her dad couldn’t do it but then her dad can’t use email.

So, in the affiliate world, what’s Squarespace good for?

Squarespace doesn’t have Datafeedr so why should you consider using it if you’re building an affiliate site? Here’s the top reasons:

Who is my fiancée?

She is a self-confessed anti-geek, although she’s marrying me David Hilditch, uber-geek.

Until 18 months ago she had no idea what an affiliate was, had never heard of Google Analytics or Google Adwords and had never considered the possibility of making money online.

She is Alexandra Oleszak and I love her.

Now go check out Squarespace – you could build your new affiliate niche while you’re watching TV. It’s really that easy. There’s a 14 day free trial available and the actual price including hosting is less than most hosting packages alone! 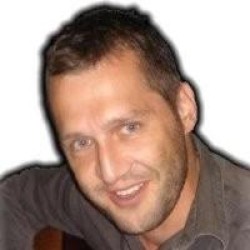 Latest posts by dhilditch (see all)